In the spirit of ideas worth spreading, TEDx is a program of local, self-organised events that bring people together to share a TED-like experience. At a TEDx event, TED Talks video and live speakers combine to spark deep discussion and connection. These local, self-organised events are branded TEDx, where x = independently organised TED event. The TED Conference provides general guidance for the TEDx program, but individual TEDx events are self-organised. (Subject to certain rules and regulations.)

TEDxPipitea is an event licensed to Alex Matthews to be ran in 2021, Wellington, up to 100 physical attendees.

It is governed by the xWellington Charitable Trust and co-organised by Alex, Tania Smith, and Ciaran Jack. We are a team of intensely curious, passionate people, and came together feeling mutually inspired to take on this new event and share it with the city we know and love so well.

TED is a nonprofit organisation devoted to Ideas Worth Spreading. Started as a four-day conference in California 30 years ago, TED has grown to support its mission with multiple initiatives. The two annual TED Conferences invite the world's leading thinkers and doers to speak for 18 minutes or less. Many of these talks are then made available, free, at TED.com. TED speakers have included Bill Gates, Jane Goodall, Elizabeth Gilbert, Sir Richard Branson, Nandan Nilekani, Philippe Starck, Ngozi Okonjo-Iweala, Sal Khan and Daniel Kahneman.

The annual TED Conference takes place each spring in Vancouver, British Columbia. TED's media initiatives include TED.com, where new TED Talks are posted daily; TED Translators, which provides subtitles and interactive transcripts as well as translations from volunteers worldwide; the educational initiative TED-Ed. TED has established The Audacious Project that takes a collaborative approach to funding ideas with the potential to create change at thrilling scale; TEDx, which supports individuals or groups in hosting local, self-organised TED-style events around the world, and the TED Fellows program, helping world-changing innovators from around the globe to amplify the impact of their remarkable projects and activities. 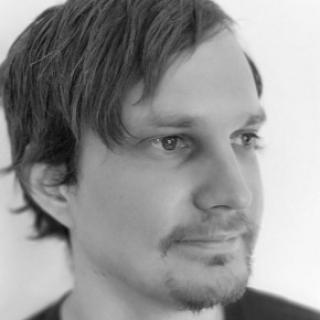 Alex is a serial entrepreneur with a range of incurable, eclectic passions for all things technology, innovation, futurism, history, the human condition, and the way we form and evolve as societies.

With a career spanning hospitality, digital production, game design, event management, innovation sector consulting and establishing start-ups, Alex has done a bit of everything with firm roots in the modern software development and creative industries. 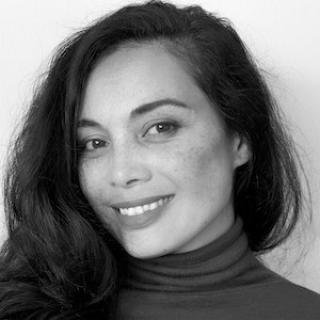 I’m passionate about the events industry and operated integral roles with long-established Wellington Events, a profession based in Kaupapa and committed to the service of others and why TEDxPipitea is an attractive event to be apart of.

I’ve built years of experience in events and learned at the side of industry leaders.

I bring a well rounded and grounded approach to TEDxPipitea. My story isn’t linear and I don’t expect your’s to be either. I’m interested in diamonds in the rough and offer a unique lens to provide a safe landing for unique and diverse future TEDx Speakers. I love adventure, am quick to laugh and love bad jokes. 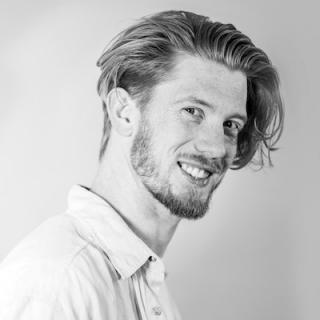 Ciaran is the founder + Director of Obvious Brand Partners, an agency driving design innovation and best-for-business solutions for amazing organisations across Aotearoa. Hailing from Queenstown, Ciaran is a high energy individual and doesn't do anything in half measures. He’s passionate about building connections between people, empowering brands and sharing knowledge. He’s been involved in TEDx since 2019 and is now proudly a co-organiser, leading the Marcomms team. When you rarely find Ciaran not working, he’s out surfing, skating or hiking.

Check me out on Linkedin! 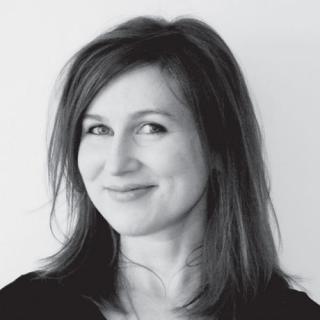 Erica has been involved with TEDx leadership in Wellington since 2016. She brings fourteen years of diverse conference, events, facilitation and coaching experience to the table to help our speakers + performers succeed on stage. While she now works with teams and leaders to maximise high performance, her background is in the creative arts. Over the years she’s run a media production company, been a krav maga instructor, and an events producer for an indie cinema, amongst other things. 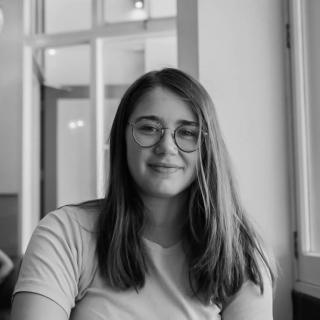 Rosalind is a team member at Xequals, working to deliver the TEDxPipitea event as part of Xequals sponsorship of it. Her work focuses on website development, helping interpret visual identity, and providing day to day logistical support to the Licensee. 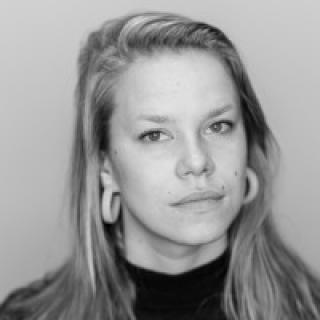 Essi is the Operations & Delivery Manager at Obvious Brand Partners. She grew up in Northern Finland, and has now spent several happy years in Pōneke. With a background in the arts, Essi likes to combine her passion for creative projects with systematic drive for getting things done. In her freetime, Essi likes to spend time outdoors or in the workshop, covered in sawdust. 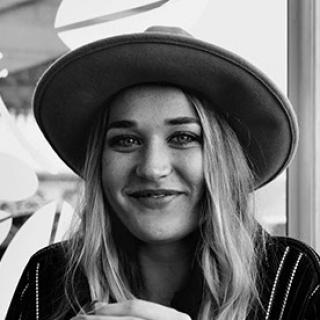 Elley is a senior designer at Obvious Brand Partners and brings her passion for crafting meaningful brands and tasty visuals to the TEDx team. She’s recently moved down to Christchurch, which is rather convenient for her love of snowboarding and surfing. 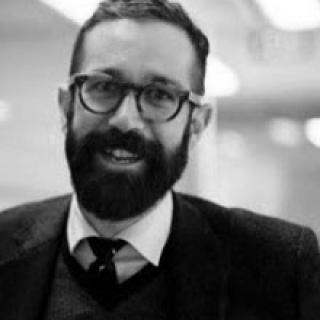 Gareth is a partner in PwC's Experience Consulting practice, specialising in helping create the right conditions for diverse groups of people to collaborate, participatory design, and live-scribing. Gareth is always up for a good keen adventure and has hiked pretty much all of New Zealand’s Great Walks. He also calls himself a big cricket nut. 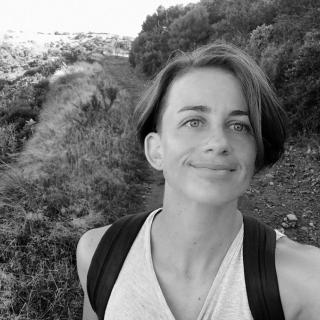 Hannah has been involved with TEDx in Wellington since 2014. She has had held many roles from Front of House, to Head of Experience to Co-Organiser. She is currently Chair of the xWellington Charitable Trust that has been set up to support TEDx events in Wellington.

"I am super excited to be supporting stage management for TEDxPipitea this year. Bring on another awesome TEDx event" 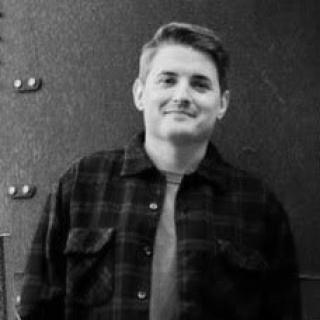 Bryan is a recent graduate from Victoria University of Wellington Executive MBA programme and is currently working in Wellington. He has ten years of global experience in marketing and business development across a range of technology and science industries. He volunteers his time on the Tedx team and also on the board of a charitable trust in Wellington. 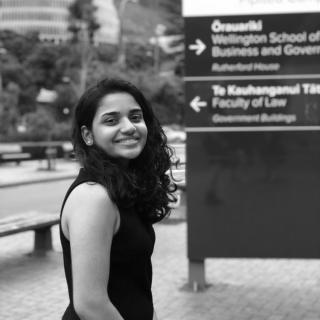 Shamanthi is passionate about building brands that are purposeful, recognizing and communicating stories behind numbers. She loves exploring how and why people do what they do. When she’s not working, you can find her exploring the outdoors or probably watching reruns of Modern Family. “In a continuous attempt to see myself in third person”. 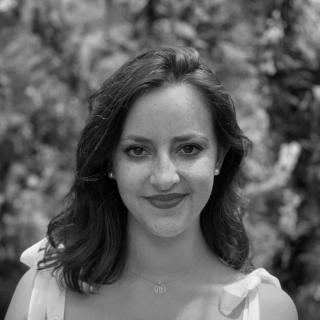 Originally from the Bay of Islands, Lucy’s Wellington-based career has spanned work from; supporting entrepreneurs in the ‘culture tech’ space at Te Papa’s innovation hub - Mahuki, advisory roles at New Zealand Parliament, self employment, Sponsorships and Livestream Direction at TEDxWellington and the performing arts. Lucy now works in Partnerships for the National Library’s Te Puna Foundation and has recently joined the TEDxPipitea whānau. 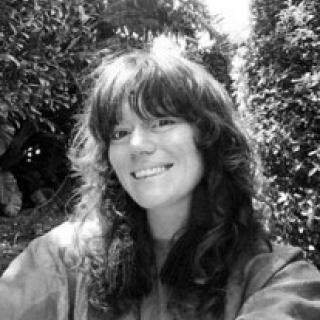 Jessica is a brand identity designer and strategist, passionate about hospitality, the people, the products and services, and the memorable stories we have when sharing great experiences with others. She admires the people who craft the creative culture and hospitality of Wellington, the awesome music and performance, food and tipples, craft products, art and design. She believes that there is nothing better than feeling welcomed over great food and drink, with good conversation, entertainment and laughter shared with fantastic people, creating the memorable and joyful experiences we all want to be a part of our lives. 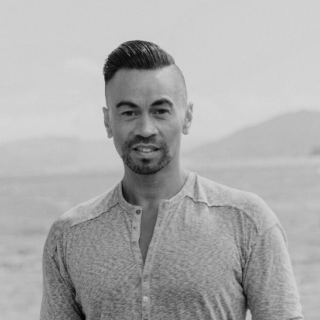 Jase (Ngāti Ruanui, Ngāti Apa, and Ngāti Tūwharetoa) is an award-winning facilitator with more than 25 years of experience in the health and wellness sector. He is co-owner of Awhi Yoga and Wellbeing, a teacher trainer, facilitator, keynote speaker and creator of M3 Mindfulness for children. Jase’s students include the All Blacks, the Hurricanes, the Pulse, the NZ School of Dance contemporary students and many more high-performance athletes. His work at M3 encompasses mindfulness, movement and Maori stories in a series of videos and live sessions taught to over 10,000 Primary school and Early Childhood aged children throughout New Zealand.